Call of Duty: Mobile Coming To iOS And Android On October 1 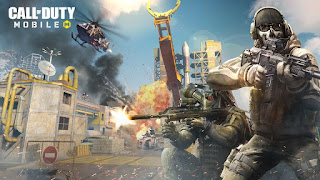 Call of Duty: Mobile will be released on Android and iOS devices on October 1st. The game, developed by Tencent's Timi Studio and will be free-to-play.
The game will combine elements from other titles in the franchise, like Black Ops and Modern Warfare. "We are delivering the definitive, first-person action experience on mobile with signature Call of Duty gameplay in the palms of your hands," said Chris Plummer, VP, Mobile at Activision, in a statement. "We are bringing together some of the best the franchise has to offer, including Modern Warfare maps like Crash and Crossfire, Black Ops maps like Nuketown and Hijacked, and many more, into one epic title."
The mobile game also includes a special Battle Royale mode that supports up to 100 players on a  new open map. You can play in either solo, duo or quad-player competitions across land, sea and air. You can choose between first or third-person and pick one of six classes. Older modes like Team Deathmatch, Search and Destroy and Free-For-All are also expected to be featured in the game.


Call of Duty: Mobile is coming to Android and iOS on October 1st.