Google Stadia Releasing In November, Here's What You Need To Know 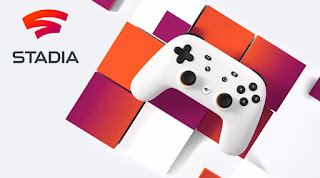 Google Stadia Connect took place today, and with it we got more info about the streaming service. For starters, the the tech giant revealed that Stadia will launch in November alongside a Founders Edition starter kit retailing for $129.99.

Although it should be known that you don’t need to pay for Google Stadia if you don’t want to. Users can create a Stadia Base account for free and purchase games to stream a la carte. We’ve been told that game pricing will fall in line with what consumers expect from other online stores. However, Google will not open up signups for the free Stadia Base accounts until early 2020, so if you want access to the platform this year, you’ll need to purchase the Founder’s Edition. It should be noted that the Founder’s Edition comes with a Chromecast Ultra, a limited-edition Night Blue Stadia Controller, three months of Stadia Pro, a three month Buddy Pass to bring one friend along for the ride and the ability to select a Stadia Name before the free base service becomes available.

As previously mentioned, Stadia Base is free to use, and those users can expect to stream their games at 1080p/60fps with stereo sound. Alternatively, for $9.99 a month, Stadia Pro users can stream games at 4K/60fps with HDR and 5.1 surround sound. Pro users will also get exclusive discounts on games and occasional free games. At Launch, Pro user will also have access to the full Destiny 2 experience just like those who purchased the Founder’s Edition.
As for the controller, the Stadia’s bluetooth controllers connect directly to WiFi, which should help with reduced-lag. Each controller cost $69, and comes in three different colors: black, white, and wasabi (little green).
In November, Stadia will launch in the U.S., Canada, U.K., Ireland, France, Germany, Italy, Spain, Netherlands, Belgium, Denmark, Sweden, Norway, and Finland. Google plans to roll out in other countries starting in 2020.