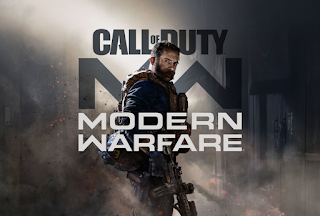 The tech for Call of Duty is also being revamped, with Joel Emslie returning from Respawn as Infinity Ward’s art director. With a stated interest in ensuring Call of Duty is not just “the brown game,” multiple aspects of the game’s graphics have been highly tuned to give everything the most realistic look they have attempted before.
The lighting system is also completely revamped from previous titles. Infrared is similar, with the new lighting system actually showing you the heat signatures of people and objects in realtime. That means you can see the difference in heat between different people or the disparity between a truck that is starting up and getting ready to move or one that is idling and ready to drive off.
While Infinity Ward has yet to talk about the multiplayer yet, they did note that this game would have no season pass, unlike previous Call of Duty games. The goal is to keep from fragmenting the player base with future free maps. In addition, this year's game is also getting crossplay for the first time between PC and consoles. The official statement sent to us by Activision states "With the launch of Modern Warfare, the team is taking steps to unite the community. First, the team plans for Modern Warfare to be played together across PC and console through crossplay support."
This is really a game changer for the franchise and for gaming in general. For a game like Call of Duty to get crossplay puts the idea of crossplay on a bigger stage. To me this is just one step closer to a less fragmented gaming space, but I might be getting ahead of myself. Thoughts ?
Call of Duty: Modern Warfare will release on PlayStation 4, Xbox One, and PC (Battle.net) on October 25