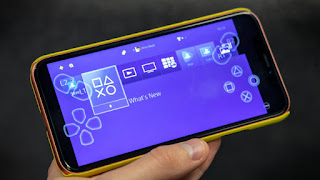 Sony has released PlayStation version 6.50. After the update, players who also have an iOS device can stream PS4 gameplay to those mobile devices via a free app. For those who have a Vita this is very similar to that systems remote-play feature.
You first have to update your system to 6.50 and download the PS4 Remote Play app. Then you log into the app with your PSN ID. You can either have the app automatically scan for your PlayStation 4, or manually register the iOS device.
After all that is done you'll be able to access your PS4 library and play games using control overlays on your screen. A version of the app is available in the Google Store, but it’s only for Sony Xperia phones at this time. It should also be noted that you need to have a good Wi-Fi connection if you want this to work properly.