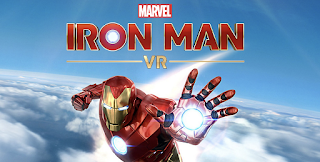 During Sony’s State of Play presentation an Iron Man VR game was announced.
The tease was mostly non-gameplay with Tony Stark in an airplane, but it ended with first-person flying/shooting against a non-descript bad guy. The game is said to be coming to PS4 for PSVR in 2019.