Capcom has announced it will no longer support native DirectInput for the PC version of Street Fighter V in its next update, opting instead of have use Steam's native support for PS4 controllers and other devices instead. 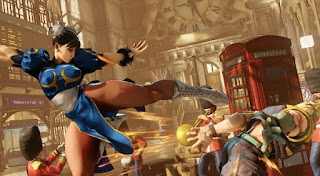 The company announced that the next update, which will drop on February 27 will remove the game's native support of the input method to "improve operation stability for DirectInput USB controllers used with the Steam version of the game." To reconfigure your controller just follow a few instructions outlined by Capcom:
1. Confirm that STREET FIGHTER V is not running.
2. Log in to your Steam client and select either "Steam" or "View" from the upper left corner. Then, go to "Settings" > "Controller."
3. When the controller settings window displays, select "General Controller Settings," looking to the bottom of the window for the detected controllers notification. Confirm it lists the name of your PC, as well as any USB controllers currently in use.
4. Fill in the check boxes for the settings that apply to the currently connected controller types.

You'll also have to assign controllers inputs manually for your device one more time, though, with the way Steam's support of these devices work, it should recognize them more consistently and without additional work, which means once you set a controller up, you shouldn't have to do anything else. Xinput controllers will still work natively after the update.