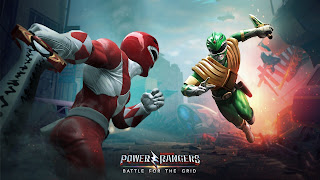 Hasbro has revealed that a new game Power Rangers game will be released in 2019. Power Rangers: Battle For The Grid is a fighting game due out in April 2019 for PS4, Xbox One, and Switch. The game is due out on PC at a later date.
Battle For The Grid will feature rangers and villains "past and present" from the popular show. There will be cross-play on Xbox One, Switch, and PC. Check out the trailer below.