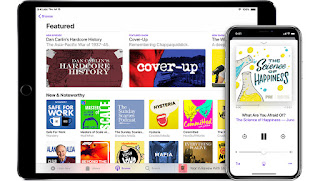 Bloomberg has published an article that says, Apple is testing a triple camera system for 2019 iPhones, new low-end iPads are coming soon, an updated iPhone Xr is in the works, and iOS 13 will sport a dark mode like in macOS Mojave.
The article says that Apples upcoming iPhones, or at least some of them, will pack more powerful, 3D cameras to supplement the company’s augmented reality plans. Bloomberg says a next gen iPad mini and the follow-up to the 9.7-inch iPad might arrive this spring. Both will reportedly support the Apple Pencil and Smart Keyboard. And the latter will get a slightly bigger screen of 10 inches. Also, iOS 13 will include a dark mode to allow for “easier nighttime viewing,” as well as CarPlay improvements, and iPad-specific features.

Finally, Bloomberg says that 2020 iPad Pros will add a laser-powered 3D camera for AR purposes, but that may be no update to the pro tablet line at all this year.