Here’s What You Can Expect From The Anthem Demo 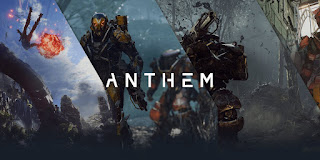 The Anthem demo will soon be upon us. Producer Mark Darrah has taken to Twitter in a series of tweets discussing what to expect from the demo. Check The tweet below.

Darrah goes on to say that there will only be one story arc, some things have been renamed for the final release, the mission/stronghold/free play balance will be off a bit, and outright says that the demo is easier than the final release.

If you pre-ordered the game or you're subscribed to EA Access, you can play the demo in a few days on January 25 through January 27. For everyone else, you can access it on February 1 through February 3.

- with only 1 story arc, I think the mission/stronghold/freeplay balance will be off a bit
- slightly less nuanced PC controls
- we’ve renamed a few things for clarity in the main game
— Mark Darrah (@BioMarkDarrah) January 19, 2019