Tales of Crestoria Coming To Mobile In 2019 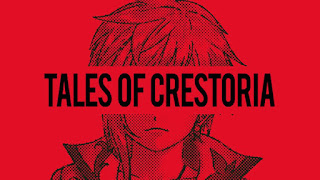 The next game in the Tales series heading to mobile as Tales of Crestoria is getting a Western release in 2019.
An official Tales of Crestoria English account recently popped up on Twitter, and has been posting character-based teasers for the last few hours. It also posted the first English teaser trailer for the game.
We don't know too much about Crestoria as of right now. All we really know is that as a mobile title, there is likely to be microtransactions, as players who pre-register for the game will receive "summoning tickets" based on the number of total people who do the same.

Get ready for the English version of TALES OF CRESTORIA!
In this new installment of the Tales of series, you'll experience a completely original world and story brought to life by brand new characters. #TalesOfCrestoria pic.twitter.com/jq2OtC5Ocf
— TALES OF CRESTORIA (@to_crestoria_EN) December 8, 2018