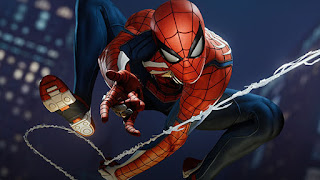 Spider-Man for PS4 will soon be upon us and we now know details about the DLC for the game.
The City That Never Sleeps is a series of chapters about different events with various Spider-Man characters that continues until the end of 2018. They'll come out one chapter per month for a price of $10 per chapter or $25 for the season pass.
The first chapter releases on October 23 and is titled The Heist, which brings the Black Cat Felicia Hardy to the foreground. Each new DLC will bring new enemies, new missions, and new suits along with them. The other two chapters come November and December with unknown release dates. Spider-Man will release on September 7 for PS4.