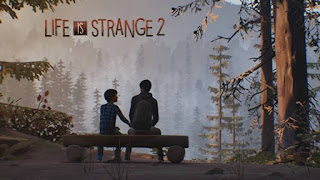 Developer DONTNOD have released new info on Life is Strange 2, including an official reveal trailer and gameplay video. Life is Strange 2 tells a story of two brothers, 16-year old Sean and 9-year old Daniel Diaz, who were forced on the run from there home in suburban Seattle after a tragic event changes their lives forever.
They are on the run from the Police, and Sean decides to head for their hometown in Mexico, Puerto Lobos. Life is Strange 2 features a brand new story with a new cast of characters, multiple new settings, new gameplay features and a brand new power to discover.

Life is Strange 2's first of five episodes will be released on September 27, 2018, for PlayStation 4, Xbox One and PC.