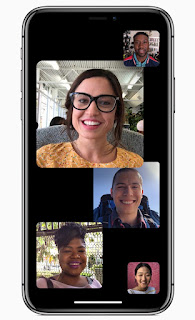 Apple has released the seventh developer betas of iOS 12, macOS Mojave, tvOS 12,  and watchOS 5. However, Apple has removed Group FaceTime from the iOS 12 and Mojave betas, saying it “will ship in a future software update later this fall” as noted by MacRumors.

Group FaceTime will allow you to chat with up to 30 folks at the same time. Apple says that participants can be added at any time, join later if the conversation is still active and choose to join using video or audio from an iPhone, iPad or Mac or participate using FaceTime audio from Apple Watch.