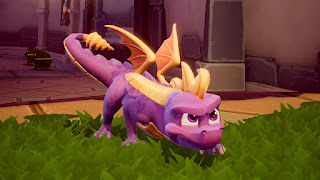 If you’re excited about the Spyro remake but you're nostalgic for the old tunes developer Toys for Bob has you covered. The game will include a toggle in the game for you to play with all the new graphical changes but the same music you remember. In addition, The Police's Stewart Copeland, the series' original composer, is returning to do the trilogy remake's main theme. The new track, titled Tiger Train, reprises and remixes motifs from all three games of the Spyro trilogy. Spyro Reignited Trilogy is releasing on PlayStation 4 and Xbox One on September 21.