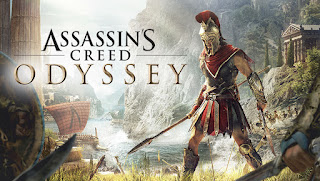 During Ubisoft's E3 conference, more info about Assassin’s Creed Odyssey was revealed. The game is set in 431 B.C., during the Peloponnesian war in ancient Greece. Players choose between playing as Alexios or Kassandra, and then explore and shape a vast open world, including full naval gameplay, branching storylines, and an unprecedented degree of role-playing flexibility.