The Crew 2 Releases In June 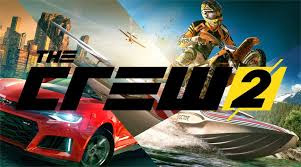 Ubisoft has announced that The Crew 2 is releasing on June 29 with a Collector's Edition. The collector's edition, titled Motor Edition, includes the game 3 days early,  The Crew 2 Gold Edition (which comes with the season pass), The Motorsports Deluxe Pack with in-game outfits and vehicles, a customized The Crew 2 license plate, a steelbook case, the official roadmap, and four stickers. The Motor Edition will cost $109.99. The Crew 2 has a wider focus on different kinds of vehicles, like planes and boats, and telling a story more focused on gaining popularity through driving. The Crew 2 releases on PlayStation 4, Xbox One, and PC on June 29. 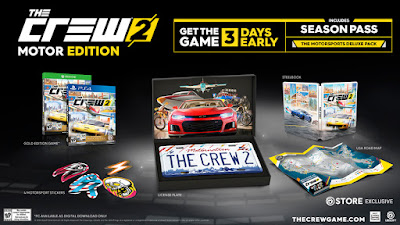 Email ThisBlogThis!Share to TwitterShare to FacebookShare to Pinterest
Labels: The Crew 2, Ubisoft