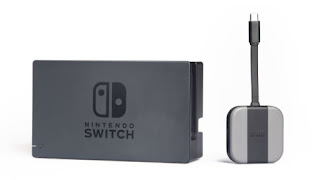 Owners of third-party Nintendo Switch docks have noticed that the docks have bricked their consoles since updated to version 5.0. Kotaku has received a statement from Nintendo about the matter. Meanwhile, a third-party dock developer, Nyko, also spoke to Kotaku about their own third-party Switch docks. Nyko is working on a fix and “has policies on replacing malfunctioning products”. Nintendo just recommends people use officially licensed Switch products instead. Here’s what both companies said in full:
Nintendo has issued a statement to Kotaku recommending that Switch owners only buy officially licensed Switch products, adding: “Unlicensed products and accessories do not undergo Nintendo’s testing and evaluation process. They might not work at all with our game systems, and they could have compatibility problems with certain games, the Nintendo Switch system itself, and other licensed accessories and peripherals.”
Reached by e-mail, a Nyko representative told Kotaku that the company is “aware of the issue some Portable Docking Kit owners are facing after updating the firmware on their Nintendo Switch to version 5.0. Though further testing is still required to determine the exact root cause of the problem, we believe it is related to the way the Switch handles AV output for an external TV/monitor while the console is docked on the Portable Docking Kit.” Nyko says it is working on a solution and has policies on replacing malfunctioning products.