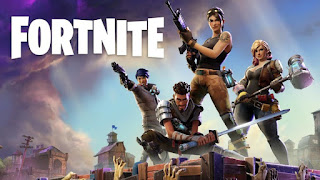 Fortnite developer Epic has announced that it is bringing the battle royale mode to mobile platforms. According to Epic, it's the same version as PC and consoles. "On phones and tablets, Fortnite is the same 100-player game you know from PlayStation 4, Xbox One, PC, and Mac," Epic wrote. "Same gameplay, same map, same content, same weekly updates... We believe this is the future of games. The same game on all platforms. Console quality graphics and action. Play when you want, where you want."
The game will support crossplay and cross progression between PlayStation 4, PC, Mac, and mobile platforms. At the moment, the game is only coming to iOS, and Epic is holding an invite test for that version, but an Android version will be coming as well.