Injustice 2 Free Trial Available On PlayStation 4 And Xbox One 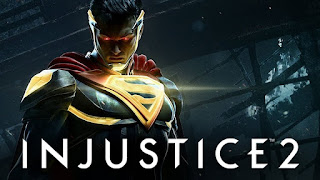 Injustice 2 is having a free weekend until December 18 on both PlayStation 4 and Xbox One. The free trial lets you play through the first 3 chapters of game's much-lauded story mode, as well as using the game's main roster in all of the multiplayer modes. The free trial does require players have PlayStation Plus or Xbox Live Gold for multiplayer. All the progress made, including unlocks, story mode progression, and crates received, will carry over to the full game as long as it's played on the same account as the free trial. If you already own the game, you can log in during the free weekend period and gain 2000 source crystals.
Posted by 9To5TechNews at 9:34 PM