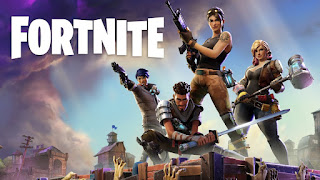 Epic Games has announced that its survival game Fortnite has reached 20 million players across all modes. The game received a significant boost in players when it launched its free-to-play standalone Battle Royale mode in September. You can see Epic's announcement tweet below.

We just passed 20 million players across all of Fortnite since launch! Thanks from the bottom of our 💗💜💚 pic.twitter.com/LuVV5vb7wj
— Fortnite (@FortniteGame) November 6, 2017