Apple Announces The Next Update For macOS, Big Sur 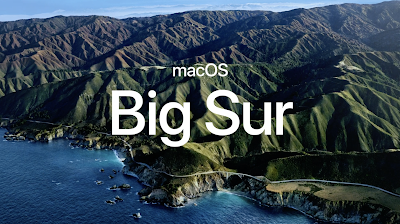 During Apple’s Worldwide Developer Conference, Apple announced the next update for macOS, macOS Big Sur. macOS Big Sur represents the biggest change to the design of the Mac operating system since OS X first shipped in 2001. It’s cleaner, more attractive, more futuristic-looking, and brings many of the improvements also announced for iOS and iPadOS to the desktop and laptop lines for the first time. 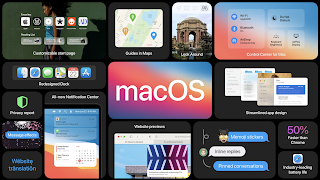 To start with, most app icons have been redesigned from the ground up with a 3D feel to them, and the Dock corners are more rounded than before. Many of the “built-in apps” — those that ship with macOS — now have a translucent sidebar with more vertical spacing between items and glyphs that are common across all Apple operating systems. For example, the Mail app shows a more rounded row selection, and the small icons that indicate folders, trash, etc… are all very clean and colorful.

The macOS menu bar is also completely translucent now, and once again the layout of menu items gives each item more vertical space. In one sense, that might be a bit of a problem for those of us who have used Macs since 1984, as we’ve built up muscle memory on how far to move a pointer to select an item — but then again, we’ll find out for sure in the next day or so when we load up the first developer beta. 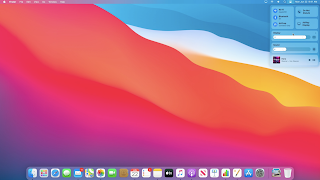 The Control Center now moves from iOS and iPadOS to macOS. With a click on a menubar icon, a simple pane offers access to a lot of controls at once. Mac users can also customize the menubar more easily by dragging items from Control Center to the bar. The widgets found in iOS and iPadOS now move to macOS as well, and they share screen space with Notification Center.

The macOS Messages app gains all of the features of the versions found in iOS and iPadOS, including a way to search messages easily, edit Memoji on the Mac, and the ability to pin important conversations to the top of the Messages app. No more digging around to find a Messages stream from your significant other — it can be pinned to the top!

The Maps app on macOS Big Sur now moves much closer in functionality and look to its iOS and iPadOS brethren. One feature is the ability to create guides — collections of places in a location. For example, let’s say that I’m going to visit Nashville, TN and the surrounding area. I can create a Nashville guide, adding restaurants, sites to see, locations of friends to visit, and so on. For those of you who always liked the Glympse web app for finding out how close to home your friends or relatives were when they were sharing their locations, the Maps app will now show their route, current location, and ETA. 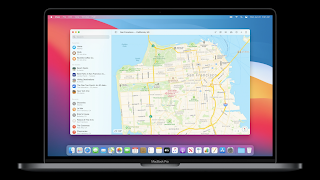 So what made the Messages and Maps apps in macOS a lot more like their iOS and iPadOS counterparts? Apple Catalyst, which is the framework that allows apps written for iPadOS to be compiled for macOS as well. As you’ll see a bit later in this article, that will also make it easier to have commonality across all Apple platforms.

Apple referred to the redesigned Safari app as the biggest change ever in Apple’s web browser. It’s always been an extremely fast browser, but the latest version clocks in at a whopping 50% faster at page rendering than Google Chrome.

There’s now a privacy tracker icon that will show up for each website you visit. Give it a click, and you can see what trackers were blocked by Safari. Passwords that are saved for websites will now inform you if they have been compromised during a security breach. That’s useful for things like banks and credit card companies, as they’re popular targets for hackers, and Safari can send out a warning to users immediately if security has been breached.
Extensions are being supercharged, and you can now select which sites and at what times they can be used. If an extension is loaded, it has a tiny button in the Safari toolbar that can be clicked for preferences. 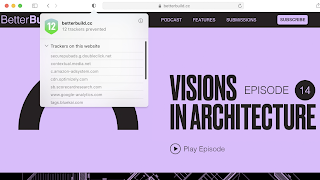 People are going to enjoy the customizable start page, which can feature custom backgrounds and content like iCloud tabs. Speaking of tabs, they now have icons associated with each website in the tab for easier identification, and by hovering over a tab, a preview of the web page appears.
If you like visiting websites that are published in other languages, native translation of those pages is built into Safari. The developer beta of macOS Big Sur is available now, and a public beta will become available in July. All Apple operating systems will ship this fall.
Posted by 9To5TechNews at 11:35 PM