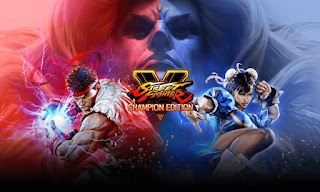 Capcom has announced that Street Fighter V: Champion Edition will be released in February 2020, and will feature the return of Gill.

Champion Edition will include 40 characters, 34 stages, and over 200 costumes, made up of everything released for Street Fighter so far, excluding Fighting Chance and brand collaboration costumes, and Capcom Pro Tour DLC. It will also include any DLC released between now and the February 14 release date. Gill will launch in December for current players, for $5.99 or 100,000 Fight Money, but will be part of the package for Champion Edition.

Current Street Fighter V players can upgrade to the Champion Edition for $24.99/£19.99. Champion Edition as a standalone will cost $29.99/£24.99. Capcom notes that those who don’t upgrade will still get any game mode additions and balance changes free of charge, which include the new V-Skill II additions added in December.