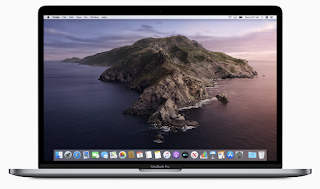 Apple has released macOS Catalina 10.15.1. You can install it by going to System Preferences then Software Update. Here are Apple’s release notes on the upgrade:

Emoji
- Over 70 new or updated emoji, including animals, food, activities, new accessibility emoji, gender neutral emoji, and skin tones selection for couple emoji
AirPods
- Introduces support for AirPods Pro
Home app
- HomeKit Secure Video enables you to privately capture, store, and view encrypted video from your security cameras and features people, animal, and vehicle detection
- HomeKit enabled routers let you control how your HomeKit accessories communicate over the internet or in your home
- Adds support for AirPlay 2-enabled speakers in scenes and automations
Siri
- Privacy settings to control whether or not to help improve Siri and Dictation by allowing Apple to store audio of your Siri and Dictation interactions
- Option to delete your Siri and Dictation history from Siri Settings
This update also includes the following bug fixes and improvements:
- Restores the ability to view file names in the All Photos view in Photos
- Restores the ability to filter by favorites, photos, videos, edited, and keywords in Days view in Photos
- Fixes an issue where Messages would only send a single notification when the option to repeat alerts was enabled
- Resolves an issue that caused Contacts to launch to the previously opened contact instead of the contact list
- Adds a two-finger swipe gesture for back navigation in Apple News
- Resolves issues that may occur in the Music app when displaying playlists inside folders and newly added songs in the Songs list
- Improves reliability of migrating iTunes library databases into the Music, Podcasts, and TV apps
- Fixes an issue where downloaded titles were not visible in the Downloads folder in the TV app