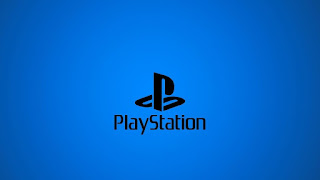 Sony has announced it's working with the United Nations as part of its "Playing For The Planet" initiative, which aims for gamers to take an active role in combating climate change. Part of this effort involves partnered companies like PlayStation examining ways they can reduce their carbon footprint, and Sony is committing to working sustainable features into its new console's design.

"The next generation PlayStation console will include the possibility to suspend gameplay with much lower power consumption than PS4 (which we estimate can be achieved at around 0.5 W),” writes Jim Ryan, President and CEO of Sony Interactive Entertainment. “If just one million users enable this feature, it would save equivalent to the average electricity use of 1,000 US homes.”

Compared to other forms of technology, gaming is notorious for its carbon footprint. A recent report found that American gamers emit around 12 million tons of carbon dioxide annually, the equivalent of 2.3 million cars. PlayStation has been working to reduce the environmental impact of the PS4 for the past few years by introducing energy saving modes and tweaking its hardware.

"For context, we estimate the carbon emissions we have avoided to date already amount to almost 16 million metric tons, increasing to 29 million metric tons over the course of the next 10 years (which equals the CO2 emissions for the nation of Denmark in 2017)," Ryan claimed.

The PS4 has sold over 100 million units worldwide, so if the next console from Sony sells anywhere near as much, power saving features could have a huge impact. However, since the setting is optional, those who purchase a PS5 will have to activate it themselves.

"The gaming community is diverse and growing at a fast pace," Ryan wrote. "There is an undeniable opportunity for leaders in the games industry to take a stand and support the UN Environment team by communicating the importance of preserving natural resources for generations to come."