The Battletoads Are Back And Better Than Ever (UPDATE) 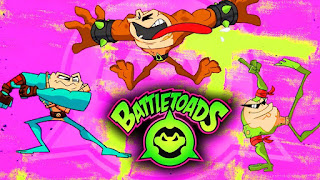 UPDATE 8/2/20 - Xbox has revealed that Battetoads will finally released on August 20th for Xbox One and PC. The game will also be apart of Xbox Game Pass.


Original Story - During Microsoft's E3 presentation, we got a first look at the new Battletoads game. The game was revealed during Microsoft's E3 presentation last year. Battletoads supports three-player co-op, and is in development at Dlala Studios. You can see the new art style in action below, along with the appearances of the classic Rash, Pimple, and Zitz. The trailer didn’t give a release date, but we know from last year that the game should release sometime this year.