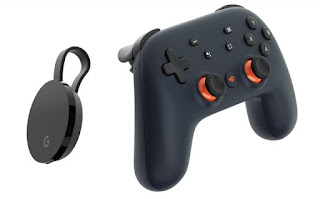 Google has revealed that 35Mbps, you can stream games in 4K with Google Stadia. It’ll cost you a pretty penny too, according to PCGamer.
"Google says it can provide a steady 60fps 4K stream with a bitrate of 35Mbps. That's the high end of the streaming requirements, while 1080p at 60fps drops the bandwidth to 20Mbps, and 720p 60fps requires just 10Mbps. That works out to around 15.75GB per hour of 4K streaming, 9GB per hour of 1080p, or 4.5GB per hour at 720p."
Which then means after about 65 hours, you will hit 1TB. Comcast, the largest internet service provider in the United States, puts a 1TB limit for data per month in a number of markets across the country.
It should be noted that if you’re on a data cap, Stadia at 4K may not be the best way to get your game on.