Cyberpunk 2077 Releases In April 2020, Keanu Reeves Is A Supporting Character 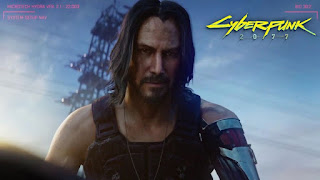 During Microsoft's E3 presentation, a new trailer for Cyberpunk 2077 was shown. At the end of the trailer, the player character V wakes up in a dump and sees a new character modeled after Keanu Reeves. The John Wick star then came out on stage and talked about his involvement in the game and how CD Projekt Red approached him for it. Cyberpunk 2077 releases on April 16 for PS4, Xbox One, and PC.