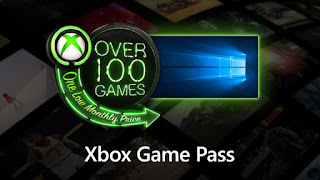 Ahead of E3, Microsoft has announced that a version of Xbox Game Pass is coming to PC. According to Microsoft, this version of the pass will give subscribers access to "over 100 titles" like the console version, but it seems the games will likely different for the PC version of the pass. Microsoft says that though the pass' title is the same, this pass "is a new experience that we are building together with the PC community." The company is working with Bethesda, Devolver Digital, Deep Silver, Sega, and other publishers to fill the pass with unrevealed titles. Head Of Xbox Phil Spencer detailed the reasoning behind the decision in a post on Xbox's site.

“Nowhere is that belief more important than on the PC. As the creators of Windows, we have a unique responsibility to ensure we’re investing in experiences that benefit players everywhere, while respecting the PC community’s preference for an open, highly customizable platform.” 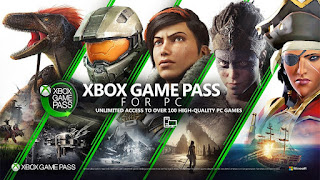 UPDATE 6/9/19 - Xbox Game Pass is now available on PC in open beta. Xbox Game Pass on PC will regularly be $10 month, (thought the beta price is currently $5) offer a curated library of more than 100 games, with 75 different developers and publishers.

Xbox Game Studios titles that will be on Xbox Game Pass including Gears 5, Battletoads, Ninja Theory's Bleeding Edge, Ori and the Will of the Wisps, and more. Xbox Game Pass Ultimate is now also available for PC at no additional charge. Xbox Game Pass is currently accessible during an exclusive Xbox sale for only $1.