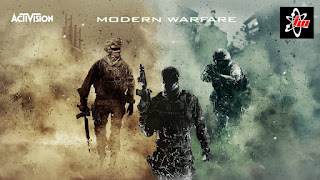 Another year, another Call of Duty, and this year it’s Infinity Wards turn (mainly known for the Modern Warfare series). Nothing really is known about the game at this time, but according to Activision we'll be finding out very soon.
The publisher revealed during its earnings call that it plans to reveal more about this year's title "sometime during this fiscal quarter." That means before June 30. More then likely we’ll see the game at E3. Thoughts ?