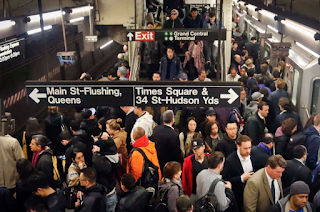 New Yorker’s will soon be able to use your iPhone as your MetroCard. During Apple’s Q2 earnings call, Tim Cook revealed that New York City's transit system would support Apple Pay in early summer. He didn't say just which services and routes would be covered, but the Metropolitan Transportation Authority's tap-to-pay OMNY system is supposed to launch May 31st with coverage on the 4, 5 and 6 subway lines as well as Staten Island buses.
The MTA will only support tapping on a per-ride basis until the feature is available across the entire subway and bus systems in late 2020, so you'll still have to pull out a MetroCard if you use routes that aren't covered.