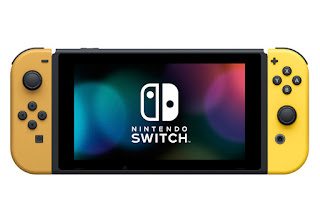 According to Japanese site, Nikkei, the rumored smaller Nintendo Switch model will release sometime in the fall. The device will be cheaper than the current Nintendo Switch system, along with being dock-able like the current Switch model.
Nikkei also reports that Nintendo is currently working on a “next-generation device that is a full model change of the current hardware”. This will follow the less-expensive model, but there’s no nothing else is known about that model at this time.