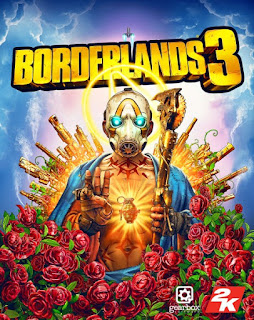 Gearbox and Take-Two have confirmed that you’ll be about to go back to Pandora, and more, on September 13 on PlayStation 4, Xbox One, and PC via the Epic Games Store (exclusive for 6 months). In addition to just the base game price, there will also be other versions including one that offers a Diamond Loot Chest.
In the Deluxe edition, you can get new head and body skins along with plenty of new skins for your weapons, XP and loot drop boosters, and the Toy Box weapon set included for $79.99. The Super Deluxe Edition comes with all that, plus the Borderlands 3 season pass for four DLC campaigns, and weapon skins for the legendary Butt Stallion for $99.99. It should be noted that his version will go up in price a few days after the game comes out.
As for the Diamond Loot Chest Collector's Edition, It’s an actual loot chest, and houses 10 collectible figures, a cloth map, vault keychains, and more. This one is exclusive to GameStop and will cost you about $250.
As previously stated, Borderlands 3 on PC will be exclusive to the Epic Games Store, but only until April 2020. If you're willing to wait, it should hit Steam around that time frame. We also got our first look at Borderlands 3's boxart, which is not a Psycho shooting themselves in the head with fingerguns, but is a cult like Psycho. A new trailer was also released and we got another look and names of are new characters. Moze (with a badass mech), beast master FL4K, spectral-fisted siren Amara, and gadget-focused Zane face off against the Calypso Twins, who've gained a cult following.
I'm excited for the game, but I'm not to thrilled about the whole Epic Store thing. I'm not in the camp that thinks that the Epic Game Store is bad, any new platform isn't going to be feature complete right out of the gate. People forget that Steam has 15 years over the Epic Store and it wasn't an over night success either. I'm just someone who likes all of my games in one place on PC, and Steam happens to be that place. Will I wait the 6 months to play Borderlands 3 ? I'm not sure as of writing this, but unlike others I'd be willing to give the Epic Games Store a shot. Thoughts ?