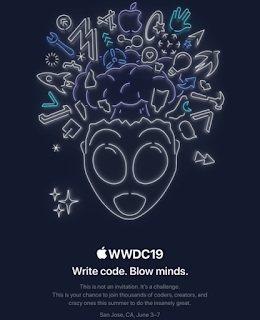 Apple has sent out an email to registered developers opening registration for the annual Worldwide Developer Conference (WWDC) in San Jose, CA. The event runs between Monday, June 3 and Friday, June 7, and with a keynote on Monday.
The theme of this year’s event is “Write code. Blow minds.” and Apple appears to have channeled the spirit of Steve Jobs in the announcement saying “This is your chance to join thousands of coders, creators, and crazy ones this summer to do the insanely great.” Both of those statements were used to market the Mac, which might point to a more Mac-centric event than in the past few years. Perhaps this is the event where new Macs will be announced, and it could be that Apple’s “code once, work on everything” Project Marzipan will finally give macOS support for iOS apps.