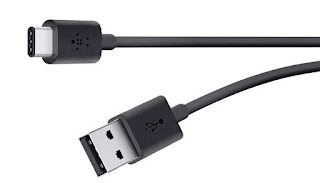 The USB Promoter Group has announced the USB4 specification, an update to deliver the next generation USB architecture that compliments and builds on the existing USB 3.2 and USB 2.0 architectures.
The USB 4 architecture is based on the Thunderbolt protocol specification recently contributed by Intel. It doubles the bandwidth of USB and enables multiple simultaneous data and display protocols.

The new USB4 architecture defines a method to share a single high-speed link with multiple end device types dynamically that best serves the transfer of data by type and application, according to Brad Saunders, USB Promoter Group chairman. As the USB Type-C connector has evolved into the role as the external display port of many host products, the USB 4 specification provides the host the ability to optimally scale allocations for display data flow.
Even as the USB 4 specification introduces a new underlying protocol, compatibility with existing USB 3.2, USB 2.0 and Thunderbolt 3 hosts and devices is supported. The resulting connection scales to the best mutual capability of the devices being connected, Saunders says. He adds that key characteristics of the USB4 solution include:
With over 50 companies actively participating in the final stages of review of the draft specification, the USB 4 specification is on track to be published around the middle of 2019. Coincident with the release of the USB 4 specification, the release of an updated USB Type-C Specification will be made to comprehend USB 4 bus discovery, configuration and performance requirements.