Disc-less Xbox One S Rumored To Be Releasing In May 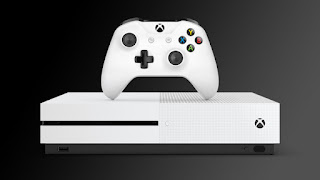 It appears that Microsoft is rumored to release a new version of their Xbox One console without a disc drive, making a digital-only console. Reports are also coming out that the digital-only Xbox One will release in May.
According to Windows Central, the console is codenamed the Xbox Maverick. The actual name, however, is reported to be the "Xbox One S All-Digital" edition. The console will be a normal Xbox One S, but all games will be digital, much like the PSP GO was back in the day. Although this idea is more common with a handheld, it’s very strange to see this with a home console. Though, given the inevitable all digital future a console like this seems like a given.
The hope is for the console to be cheaper than a regular Xbox One S, but it is unclear how much money removing the disc drive will save both Microsoft and consumers.

Email ThisBlogThis!Share to TwitterShare to FacebookShare to Pinterest
Labels: Microsoft, Xbox One, Xbox One S