Cuphead Is Coming To The Nintendo Switch 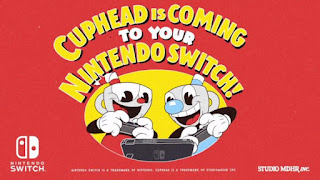 Nintendo has announced that Cuphead is coming to the Nintendo Switch. The game can be pre-purchased from the Nintendo Switch eShop right now, and the game will release on April 18th. Nintendo thanked “our friends at Microsoft” for helping to bring the game to the console. Cuphead for the Nintendo Switch will be an in-house port and the team has optimized the game so that it runs similarly to the Xbox One and PC versions. Here’s the details:

The official trailer can be watched down below.