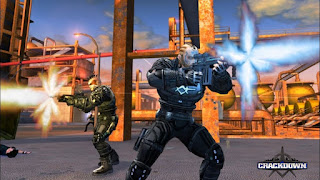 With Crackdown 3 around the corner, Microsoft is  giving away the original Crackdown on Xbox One backward compatibility and Xbox 360 for free. Also, if you have an Xbox One X, then this is one of the games even further enhanced by that system. There was no time limit put on this promotion, but better to get it now then later.


To celebrate the launch of Crackdown 3, we are giving away the original Crackdown for free! Play it on Xbox One with Backward Compatibility https://t.co/79KfRfdQug pic.twitter.com/DMafScdWLs
— Larry Hryb (@majornelson) February 6, 2019