A New Assault Map Set In Paris Is Coming To Overwatch 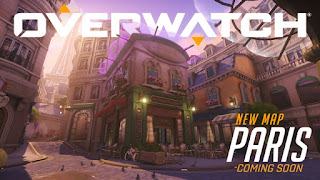 Blizzard has announced a new Assault map for Overwatch taking place in Paris, France. The map is now live on the PTR (Playable Test Realm), so if you're a part of that, you can jump right in and check it out. For everyone who wants to wait for the full release, check down below for a quick look at what the new map looks like. The map will arrive on PlayStation 4, Xbox One, and PC.

Get whisked away to Paris soon on PC, PlayStation 4, and Xbox One. pic.twitter.com/PGrVKw4JdH
— Overwatch (@PlayOverwatch) January 30, 2019

Your journey to Paris begins NOW on PC, PlayStation 4, and Xbox One. pic.twitter.com/gwPjjbjRP6
— Overwatch (@PlayOverwatch) February 19, 2019