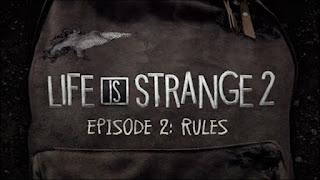 Developer DONT NOD have post and update on the official Life Is Strange Blog today which spoke about the wait for Episode 2 , "The Life is Strange series is a project close to all of our hearts and one for which we do not want to rush development and thereby fail to meet the benchmark of quality and emotional impact that you, our players, deserve."

The end of the post gave fans something to be excited about saying, "we can now officially say that Episode 2 will be released in January 2019," and later went on to tease more information coming in mid December.