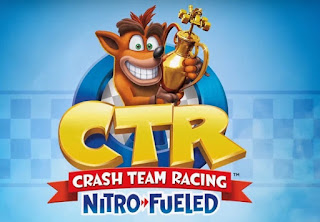 The rumors were true. Crash Team Racing Nitro-Fueled has been officially announced at The Game Awards. The game will release on Playstation 4, Xbox One and Nintendo Switch on June 21st, 2019 for $39.99, and has not only be updated graphically but it comes with online multiplayer as well.

A digital deluxe version ($59.99) is available for preorder now, including character skins, the Nitros Oxide character, and more.