Bloodstained: Ritual Of The Night Now Releasing In 2019, PS Vita Version Cancelled, Mac And Linux Too 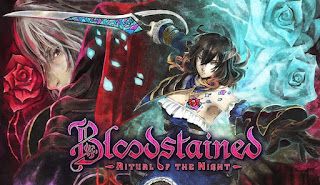 Bloodstained: Ritual of the Night has been delayed once again. The dev team cites quality issues and user feedback for the latest delay, which will now see the game release in 2019. The team have also revealed that they have canclled the PlayStation Vita version of the action platformer. Those who had ordered the PlayStation Vita version can choose another platform or request a refund. Here’s the message posted on the Kickstarter page:
“Our first announcement is that the game will now launch in 2019. The most important reason for this is to raise the quality level, especially after all the very valuable feedback from the Beta Backer Demo.
The second announcement is that the game will no longer launch on PlayStation Vita. This decision is largely due to Sony’s plans to discontinue the Vita console, ending production of physical copies and stopping certain online store support features.
It is extremely unfortunate, but as a result, we won’t be releasing the game on Vita. For the backers who have ordered the PS Vita version of the game, you will be able to choose another platform or request a refund.”

In the latest development update, creator Koji Igarashi announced that the Mac and Linux versions have also been canceled.
"We have made this tough decision due to challenges of supporting middleware and online feature support and making sure we deliver on the rest of the scope for the game," Igarashi says. If you were a backer hoping to get the game on Mac or Linux, you can send the team an email to change to a different platform.