Future iPhones And iPads Could Use Corning’s Gorilla Glass 6 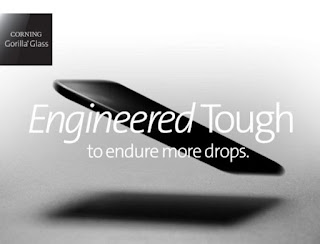 A recent worldwide Toluna consumer study revealed that, on average, people drop their phones seven times a year, with more than 50% of the drops occurring at one meter or below. To improve cover glass performance, Corning scientists developed and engineered an entirely new material to address the challenge of multiple drops.
On average, in lab tests, Gorilla Glass 6 survived 15 drops from one meter onto rough surfaces, and is up to two times better than Gorilla Glass 5, according to Dr. Jaymin Amin, vice president of technology and product development, Corning Gorilla Glass and Corning Specialty Materials. Under the same test conditions, competitive glass compositions, such as soda lime and aluminosilicate, did not survive the first drop, he adds.