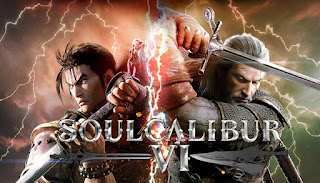 A new story trailer has been released for Soulcalibur 6 that also unveils the game's Deluxe and Collector's Editions. Check out the trailer below. The Deluxe Edition, priced at $99.99, includes a physical copy of the game, a season pass that gets owners three new playable characters and two new armor packs, a soundtrack on disc, and a metal case with a built-in soundbox that features four in-game voiceover audio clips. 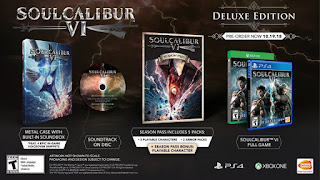 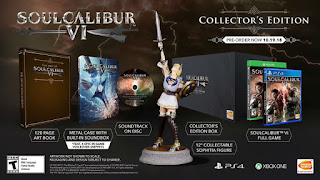 The Collector’s Edition, priced at $149.99, includes a physical copy of the game, a 12-inch figure of Sophitia, a soundtrack on disc, a metal case with a built-in soundbox with four in-game voiceover audio clips, and a 120-page artbook, all contained in a collector’s edition box. Soulcalibur 6 will be released for PlayStation 4, Xbox One, and PC on October 19.