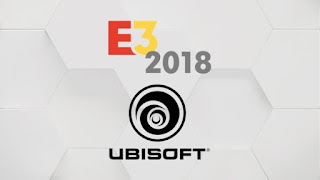 Ubisoft has detailed a few games you can expect to see at their E3 2018 conference which takes place at 1pm PDT on June 11th. The company also teased that they have some surprises in store. What’s really surprising (at least to me) is that Just Dance 2019 won’t feature at the company’s conference. The Just Dance games are been a staple of the Ubisoft conference over the years, so it’ll be interesting to see what replaces it. Here’s the games that they have announced will be showcased:
Posted by 9To5TechNews at 11:28 AM