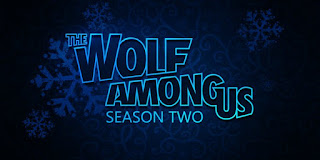 Season 2 of The Wolf Among Us, Telltale's  graphic adventure based on Fables comic series, will launch in 2019.
Telltale had previously announced the new season of the episodic story release in the first half of 2018, but now has to put the game off till next year. The reason, according to Telltale, is because of internal changes within the company.
"This delay comes as the result of a few fundamental changes here at Telltale since we first announced the game last summer," Telltale wrote in a blog post. "Most importantly, we're committed to exploring new ways to tell our stories. Taking this extra time will allow us not only to focus on quality but also to experiment and iterate in order to craft something truly special."
The changes are likely due to restructuring and layoffs last year that resulted in 25% of the company losing their jobs. Since then, Telltale has been hiring for Unity engineers and developers, suggesting the studio is making a change from the engine it has been using for most of its games in the past. Which I hope is true because Telltale’s engine isn’t the best and I hope the switch to Unity leads to less crashes (which was the issue I dealt with the most).