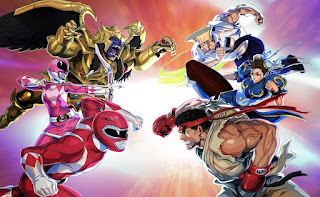 The mobile fighting game Power Rangers: Legacy Wars is crossing over with Capcom's Street Fighter. The May update adds Ryu, Chun-Li, Guile, and Akuma to the game's roster. Each character can be used for free while playing limited-time challenges. Characters can be permanently unlocked by opening in-game Morph boxes and collecting character shards, or through a $5 in-app purchase per character. Those are not the only Street Fighter characters coming to Power Rangers: Legacy Wars, as Cammy will be added to the game June 1, and M. Bison will join the roster on June 15.