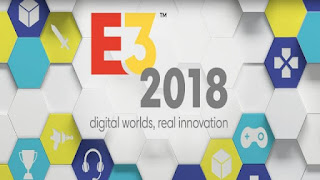 A bunch of new, announced and unannounced titles have recently appeared on Walmart.com offering hints at upcoming reveals at E3 2018. When retailers put SKUs up for games we can assume it will be coming soon, so it is fair to say that these listings should be looked at with skepticism. You can find them here.

It's possible that Walmart may be posting these listings just to have pre-order SKUs ready without any inside knowledge, but there are enough confirmed games alongside the surprises to add some credibility to the listings.