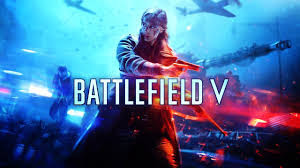 According to developer DICE, the studio is prioritizing player choice, inclusion, and diversity for Battlefield V. DICE General Manager Oskar Gabrielson shared his thoughts on the reactions to the game's recent reveal on Twitter, saying "player choice and female playable characters are here to stay."
After the reveal of Battlefield V, a vocal minority spoke out in protest of the game's cover art, which features a woman soldier. Some said the game's depiction of women WWII soldiers was "unrealistic," even though the inclusion of women fighting in WWII is incredibly accurate with just a little bit of research.
"We want Battlefield V to represent all those who were a part of the greatest drama in human history," Gabrielson said, "and give players choice to choose and customize the characters they play with."
Gabrielson went on to say the studio has made a commitment "to do everything we can to create games that are inclusive and diverse," aiming also to "push boundaries and deliver unexpected experiences. But above all, our games must be fun!"
Battlefield V is coming to PS4, Xbox One and PC on October 19.