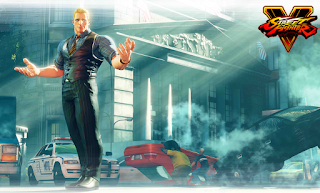 Metro City’s newest mayor Cody is coming to Street Fighter V. His trailer begins by showing off Cody's two V.skills – his trusty knife and what we can now say is a traditional Metro City mayoral pipe and a new costume of traditional mayoral pants. Check out the trailer below.
Capcom also announced 3 other DLC costumes for Cody. He can wear his prison garb from the Alpha series and Street Fighter IV, a white tuxedo, or his Final Fight outfit of an understated white t-shirt and jeans. Cody will be available on June 26 and will be followed by DLC characters G and Sagat later in the season. Street Fighter V is available on PlayStation 4 and PC.