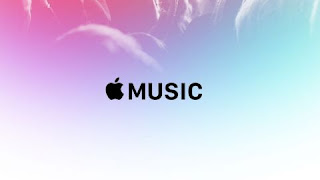 According to Music Business Worldwide, Apple has launched a new internal division dedicated to music publishing led by Elena Segal (pictured below), who was previously legal director of iTunes International. She’s now Apple Music’s global director of Music Publishing.
MBW says the new music publishing team at Apple Music will contain sub-divisions including Operations, Commercial, Publisher Relations and A&R, with the latter assisting with the development of key songwriters, rather than signing talent directly. The initiative is purportedly one of the first major moves from the new head of Apple Music worldwide, Oliver Schusser.

Schusser was previously vice president of iTunes International, his new title is vice president of Apple Music & International Content. He has led efforts outside the U.S. related to the App Store, iTunes’ movies and TV portals, iBooks, Apple Podcasts, and more.
Variety says Schusser will relocate from London to California, splitting his time between Apple Park in Cupertino and Apple’s offices in Culver City. With his promotion, Apple marketing executive Tracey Hannelly will lead International, which services 155 markets. She joined the company in 2007 beginning in Australia and New Zealand.
So what is Apple planning with an internal publishing business. Rolling Stone says the possibilities are “endless”:
It could have an easier time striking licensing deals for artists’ music; it could start signing and developing songwriters directly. Many analysts have pointed out the practicality of Spotify or Apple Music starting an in-house record label, as such a move would offer the tech companies more control over their content alongside potentially scoring more money for artists.